TARA CASSIDY is an artist based in West Auckland, New Zealand. Working primarily with pencils, she loves depicting the native wildlife of Aotearoa. Tara credits much of her love and curiosity for the natural environment to her upbringing out West. While her tertiary studies initially began with biological sciences, Tara instead followed her passion for creativity and completed the Bachelor of Fine Arts programme at Whitecliffe College of Arts and Design in 2016. She now continues to be inspired by the flora and fauna of Aotearoa within her own art practice.

Although Tara has only been selling her artworks since 2018, her eye for detail and ability to define textures through pencil alone is being recognised as a unique skill as her popularity increases in galleries throughout New Zealand. 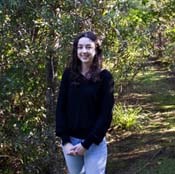